How We Got to Where We Are Today 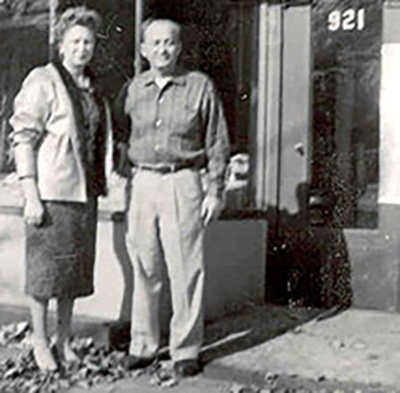 Our family company has evolved into one of the largest importers of tile and stone in the United States. With a particular focus on premier products from Spain, Italy, Brazil, England, Turkey, Mexico and the United States, we are able to offer our customers one of the most comprehensive selections of product possible. Over the course of our long history, we have established an unrivaled reputation for customer service, product knowledge and design expertise.

How did we begin?

It was 1955 in Springfield, Massachusetts, when Harry Marcus of Marcus Tile realized he was picking up as much tile for other contractors at distributors in Hartford, Connecticut, as he was for himself. There were no distributors in Springfield, making it necessary for Harry to go to Hartford just about every day to pick up tile for his four man team of installers. Harry and his wife, Mollie, decided that it was time to start their own tile distribution business. The Marcuses sold their installation business and partnered with the Wenczel Tile Company to open up Standard Tile Distributors in August of 1956. Harry expanded with partner Jack Knies by opening locations in Connecticut. Harry and Mollie's oldest son, Steve Marcus, entered the family business and, after managing the Hartford branch, opened a new location in Albany, New York, naming it Best Tile.

In the early 1970's Best Tile began importing tile from around the world. By this time, the company was a major player in the tile business throughout the Northeast. Steve Marcus and partner Bob Rose expanded into Central and Western New York. Meanwhile, Brad Marcus, Steve's brother, opened his first store in Massachusetts, calling it Boston Tile. With the start of a new decade, Steve and Bob expanded in Pennsylvania with partner Chet Whittam. Following that, Best Tile expanded into Rhode Island, New Jersey, Maryland, and Virginia, partnering with some of the industry’s most knowledgeable players to guide our expansion. Best Tile continued its growth in the late 1990s when we opened in Vermont and then with partner Frank Donahue in North Carolina. At the start of a new millennium, Brian Ford joined as a partner in Albany, New York. Our newest locations include design-oriented showrooms in Columbia, Maryland (2012) and Charlotte, North Carolina (2015).

What can you expect next?

Since the 2000’s, the third generation of Roses and Marcuses have been successfully working with our partners and regional and district managers, and are guiding Best Tile in a new time of showroom upgrades, growth and product expansion. Bob and Steve continue to provide tremendous support to a successful family business that has excelled at maintaining a stable, family-oriented culture and a superior, service-oriented business philosophy. As our third generation builds on the history of the company, we anticipate innovation, growth, and a strong reputation for the future. Today our 30 locations throughout the East Coast work together under the East Coast Tile Group of companies. Many customers are impressed to find out how large our family business has become. As the largest importer of tile and stone on the East Coast, our values of providing superior quality and excellence in customer satisfaction have not changed since Harry and Mollie started the company, and they never will.

At the Best Possible Price

END_OF_DOCUMENT_TOKEN_TO_BE_REPLACED

Beautiful Rooms from Start to Finish